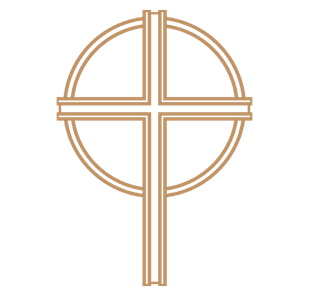 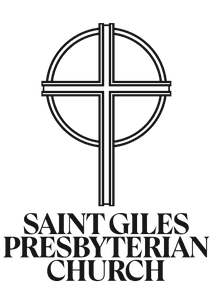 Saint Giles was organized because the time was right in 1964. There was the happy conjunction of the essential factors; the times, the place, the people. Presbyterians like to call this "Providence."

In the winter of 1964, a few friends, who had formed a Bible study group, became so enthusiastic while studying the New Testament, that they wondered if the time could be right for a new Presbyterian church in Raleigh. Upon exploring the possibilities, they discovered that on July 2, 1963, the Raleigh Presbyterian Council of Churches had purchased a wooded site in the new Oak Park subdivision on the outskirts of the growing city for $25,000.

From then on, events moved so rapidly, that only thirteen weeks after that first interest meeting, Saint Giles was commissioned as a church with sixty members on May 3, 1964. (The charter roll was kept open for one year at which time there were 114 members). The new church was named for Saint Giles' Cathedral, Edinburgh, the seat of Protestantism in Scotland and the congregation which John Knox had served as pastor.

Among those who made the new church possible was Oak Park developer Graham Connell, who, in March of 1964, made generous arrangements for the interested groups to purchase the Church House at 5004 Oak Park Road which served as the meeting place for almost a year. After the receipt in 1965 of $12,000 in building grants from church agencies, St. Giles became self-supporting.

The first session of four members was elected in May 1964 and in June, six deacons were elected. In 1973, the bicameral system of government was adopted. Soon after the first elections, a full program was organized. The Church House became a very busy place with business often conducted after a covered-dish meal.

From the beginning, the church has been served by exceptionally talented and committed people. At first, Dr. Isaac M. Bagnal, the Executive Secretary of Granville Presbytery, served as pastor; a labor of love. Each of the pastor-nomination committees has been led to one who fitted the needs of the congregation at the particular time.

In the interim between pastors, the members developed a kind of pastoral care for one another. Also, it was in these periods between pastors that Saint Giles initiated the construction of most of its buildings. The renowned architect, Harwell Hamilton Harris, had moved to Raleigh and was interested in the Saint Giles project. From January 1967 until his death in November 1990, he was a good friend of the congregation for which he designed what he called a 'family of buildings for a family of persons' built around a central open space. Today, there are five buildings with relatively small indebtedness. From the fall of 1965 when Boy & Girls Scout programs were organized, these buildings have served as a community center as well. Today, many community groups continue to use the buildings for regular meetings and special events.

While Saint Giles serves a number of community needs and its 300 plus active members come from varied backgrounds, it is a distinctly Presbyterian church. Because of Raleigh's phenomenal growth and the mobility of its population, over 1,200 persons have been members of Saint Giles during its history. Some helped start two younger Presbyterian churches in Raleigh, and many are leaders of churches in other areas.

There are several third generation Saint Giles families in attendance now. ​The church's work is carried out by committees led by members of the Session. The congregation is still young enough to be idealistic at times, still not much given to pretension, still respectful of diversity of opinion, and still committed to service. Most of the many service projects are accomplished quietly by small groups of members.

Yet, there is a sense of transition in the air. Perhaps it portends a broader vision of service and a stronger commitment; a vision that can meet the challenges of this millennium. 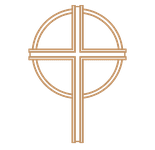 A little piece of the kingdom NESTLED into the woods